Our Top Tips To Buying A New Mountain Bike

Buying a new bike is a really exciting time, but it’s important that you don’t get carried away and you still buy the right bike for you. – Yeah, from the outside, the process can look almost kind of intimidating, it can be quite complicated. There’s also applications and sizing to think about. – And you don’t want to waste your money. There’s a few ways of buying bikes nowadays, let’s start with the bike shop.

Then the first most important thing is buying the right size bike. Even if a bike might be on sale, or it’s in the nicest paint colour in the shop. Make sure you find the bike that fits you. The mountain bike that caught my eye it’s a brand new Cannondale Habit. It’s all stealth, all black. I want it but the one in my local bike shop is ‘large’. So, first thing I would do is actually check the manufactures website. So most of those will have a really good guide on what size bike will fit you. Alternatively Amazon and other retailers usually list the dimensions of each size and you can work out your ideal bike size from there.

You might need to seek help from an expert, or try the bike out and take it for demo. The numbers on your bike can tell you a lot about how that bikes going to fit. So, if you’re replacing a bike I would look at your old bike, look at the numbers on the website for its geometry then take note of that. It might be a bit smaller than you want, it might be a bit bigger than you want, but it’s going to give you a good idea of the numbers you’re going to want from a new bike.

One of the age old questions when buying a mountain bike is do you go for a Hardtail or for a Full Suspension bike? So, if you bought two bikes at the same price, say 1000 pounds, the full suspension bike would probably have a lot lower componentry because they have to budget for the extra engineering in the frame and a rear shock.

You might find that the Hardtail actually comes at a higher spec. And not all Hardtail’s are for less aggressive train, than full suspension bikes. You can get really light cross country full suspension, in the same way you can get really aggressive burly built Hardtails. So, in talking about price let’s look at this Cannondale Habit. Now, this is the alloy version. Which has got a sensible but quite entry level build kit and it goes for just under £2,000.

Now, if you ticket a Hardtail for about that same money you’ll probably get, although not full suspension bike, but a far higher spec on the bike. – Hardtail all full suspension, I would say be realistic about what you use the bike for. if there’s no big mountains near you you probably not get the best out of a down old bike and trailing Dura bikes peddle so well now. If your a big heavy rider and you like doing jumps a cross country bike probably isn’t the best either. We have done a big video on this subject of what bikes suits what best rider. If you’ve not seen that, check that out already. By now hopefully you’ve set your price, know what size bike you want, you know what style of bike it is.

But also think about you’re probably not going to find the perfect bike off the shelf. I often would maybe think about going for a bike maybe has a better suspension on it. Therefore it has a better shock on there and maybe a cheaper drive train. Because a drive train is really a conceivable thing so you can upgrade that later on down the line. It’s something I did with my Canyon Lux, my cross-country bike actually came with a grip shift on it. Everything else I really liked that came with a grip shift I actually couldn’t get on with. So, I like to hold my dials right on the very end didn’t work that nicely for me. But, it was a really simple actually quite cheap switch just to put a trigger shifter on there. Before you splash all your cash on your bike. It’s worth remembering you need to budget for some kind of necessary extra bits. Good place to start is with a helmet, its certainly somewhere I wouldn’t suggest skimping and the are different styles. 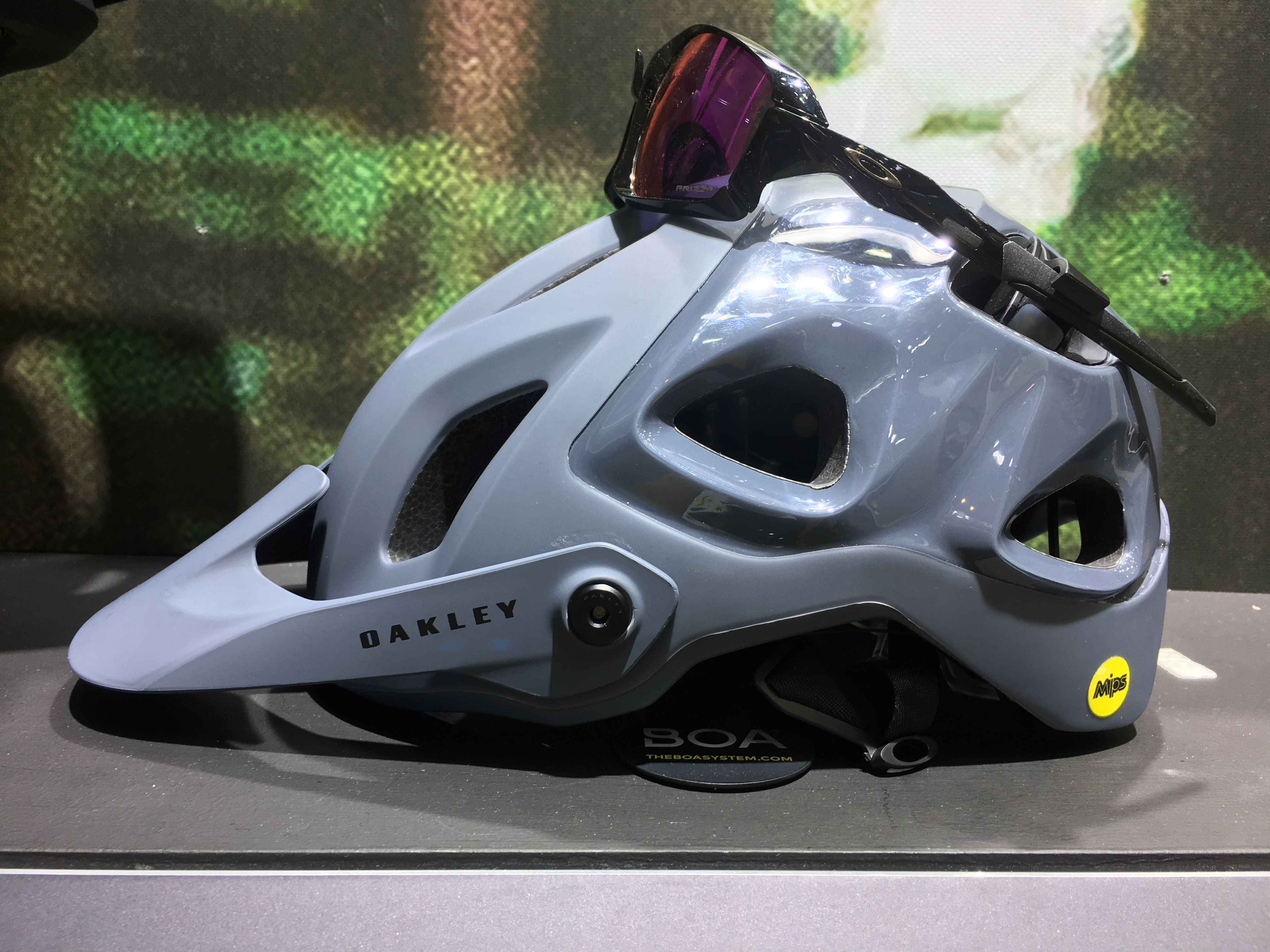 All the helmets are going to be made to the basic level. They have to be to be sold within the UK. But as you spend more you’re going to get more features, more tech, better ventilation and things like that. And of course, the manufactures all say the more expensive helmets exceed the requirements. So, start with something like this which is kind of your basic sort of cross country or similar to a, actually a, road lid basically the same thing. Quite shallow, really light and really good breathability. Progressing onto something like these which sit a bit deeper and they come with a visor. You kind of trail endure helmets just something like that which actually has a chin bar. Sometimes they are fixed, sometimes they are detachable.

That’s really more kind of aggressive terrain and, you can actually get some really beefy downhill helmets. It’s certainly something you want to think about. Other things like knee pads, a decent pair of riding shorts, maybe even a lock. It’s worth doing your research before you spend all your money on just the bike because you could be regretting not getting those parts.